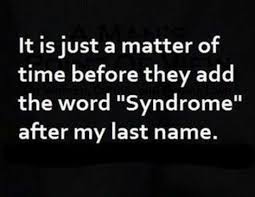 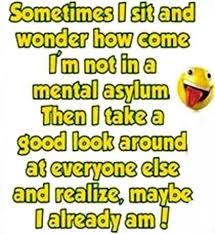 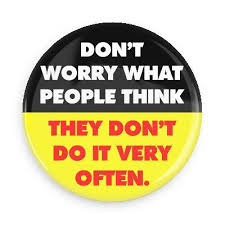 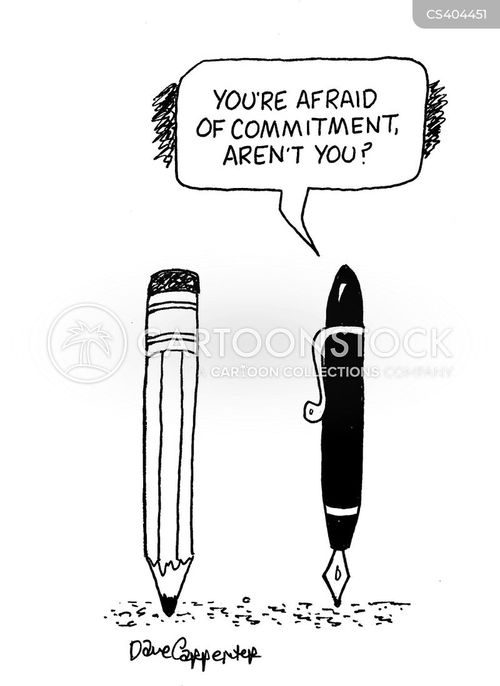 What a wonderful world!

You may remember Gonzales Gonzales from John Wayne movies. He provided comedy in Rio Bravo, Hell-Fighters, and several other Wayne movies. This video shows where he got his start.

He innocently appeared as a contestant on ‘You Bet Your Life’ with Groucho Marx. As the questioning continued, it got funnier and funnier. Groucho took advantage of the situation based upon audience laughter.

John Wayne happened to be watching the show and contacted him after the event. John Wayne insisted he play himself in the movies. Gonzales became a popular character in JW movies.

An elderly man in Florida had owned a large farm for several years.
He had a large pond in the back. It was properly shaped for swimming, so he fixed it up nice with picnic tables, horseshoe courts, and some orange, and lime trees.

One evening the old farmer decided to go down to the pond, as he hadn’t been there for a while, and look it over. He grabbed a five-gallon bucket to bring back some fruit. As he neared the pond, he heard voices shouting and laughing with glee. As he came closer, he saw it was a bunch of young women skinny-dipping in his pond.

He made the women aware of his presence and they all went to the deep end. One of the women shouted to him, ‘we’re not coming out until you leave!’

The old man frowned, ‘I didn’t come down here to watch you ladies swim naked or make you get out of the pond naked.. ‘
Holding the bucket up he said, ‘I’m here to feed the alligator.’

Explanation: From somewhere else in the Milky Way galaxy, Comet 2I/Borisov was just visiting the Solar System. Discovered by amateur astronomer Gennady Borisov on August 30, 2019, the first known interstellar comet is seen in these two Hubble Space Telescope images from November and December 2019. On the left, a distant background galaxy near the line-of-sight to Borisov is blurred as Hubble tracked the speeding comet and dust tail about 327 million kilometers from Earth. At right, 2I/Borisov appears shortly after perihelion, its closest approach to Sun. European Southern Observatory observations indicate that this comet may never have passed close to any star before its 2019 perihelion passage. Borisov’s closest approach to our fair planet, a distance of about 290 million kilometers, came on December 28, 2019. Even though Hubble’s sharp images don’t resolve the comet’s nucleus, they did lead to estimates of less than 1 kilometer for its diameter.

Biden should be impeached, today.

Don’t let Putin take your mind off of your real enemy, District of Columbia, Politicians.  Mostly dems but many Rs.  I almost forgot union teachers and local school boards.

Europe and America are frauds for still buying Rooskie gas and oil.

Vlad needs to be stopped.  Europe is a lost cause.

Illinois is arguably the slimiest most corrupt state in the Union, home to Obama and his entourage.  In the second link, scroll down a few inches.

Putin wanted to run for Governor of Illinois, but the Democrats said he wasn’t slimy enough.  They told him to go to Netflix.

I hope these companies stand tough until Russia is out of Ukraine, including Crimea.

Some guys are getting wise.  Get about 10 or more million saved, and save your body.

Comrade Trudeau has been busy.

The Frozen North Editor:  Some of our loyal readers don’t know much about Canada, can you help them LL ?

The Canuck Cat:  I sure can, here are some important dates.

These are some attractions and entertainers.

Provinces or states ( for our Oregon readers ) are on this map.

Here are some population numbers.  Ninety-percent of Canadians live within 100 miles of the northern border of the U.S.A.  They are lucky, the southern border starts at the Panama Canal.

Canada has about the same population as California.  This is the best racial stats I could find.

In the Province of Quebec, about 80% of the people speak French.  Canada is headed toward Communism, like our Democrat led districts and sanctuary states.

You can take a train across The Great North.

Canada’s anthem, and a Canadian sings another song. 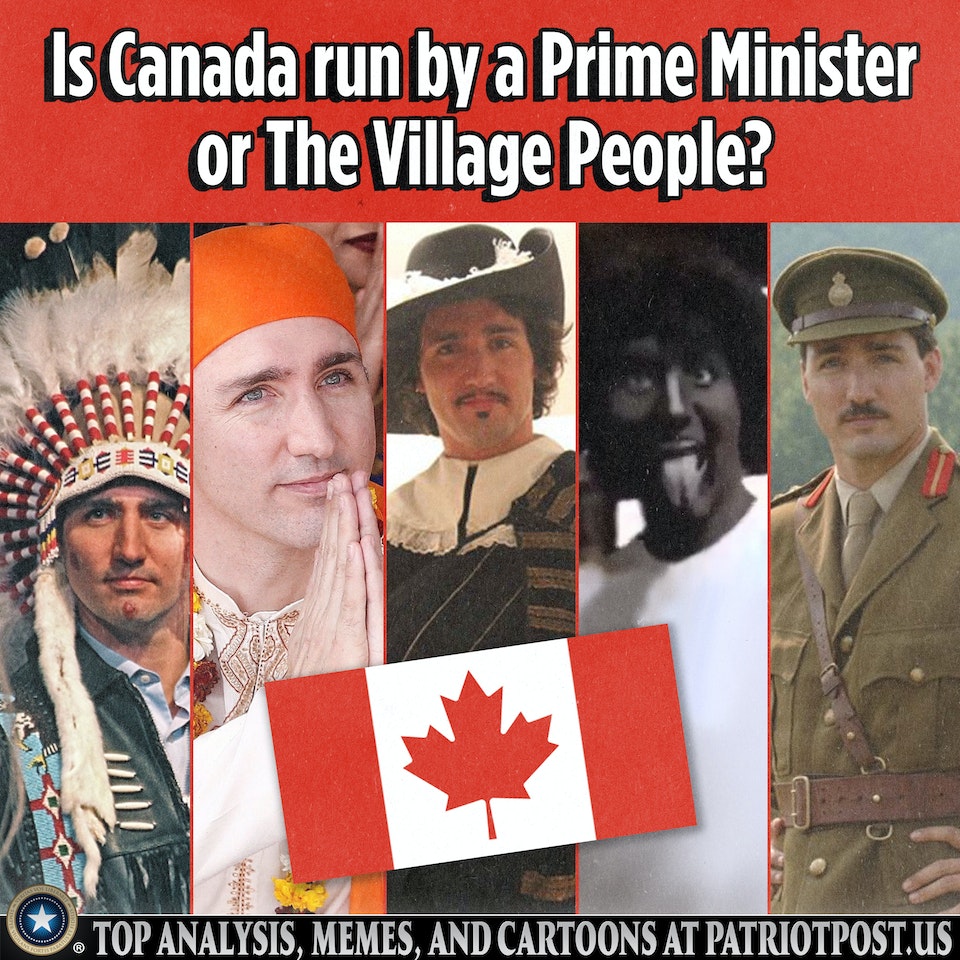 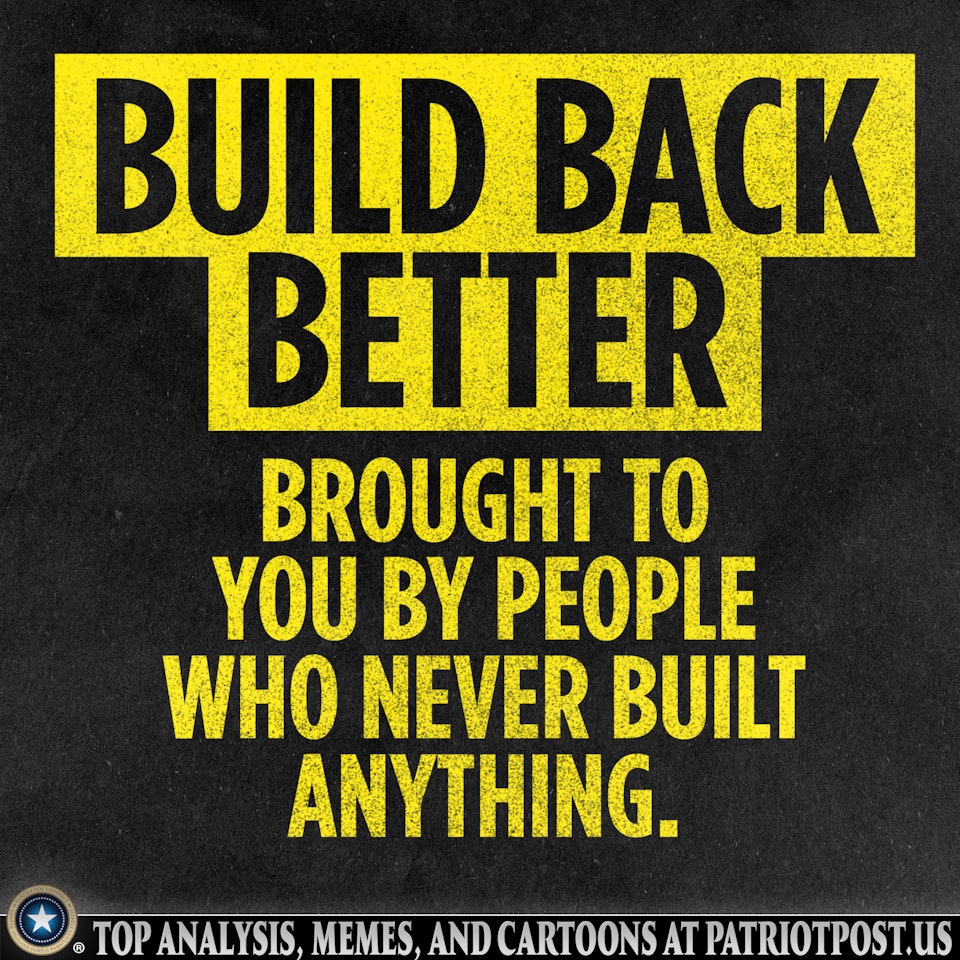 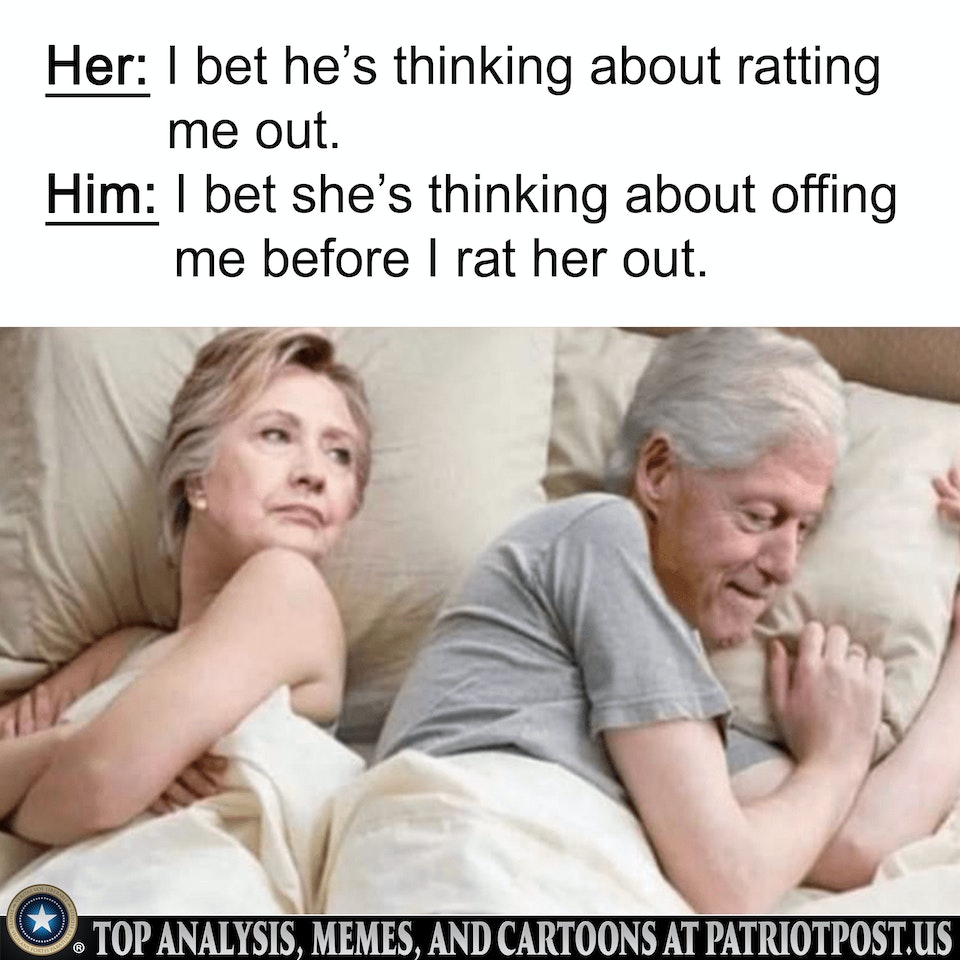 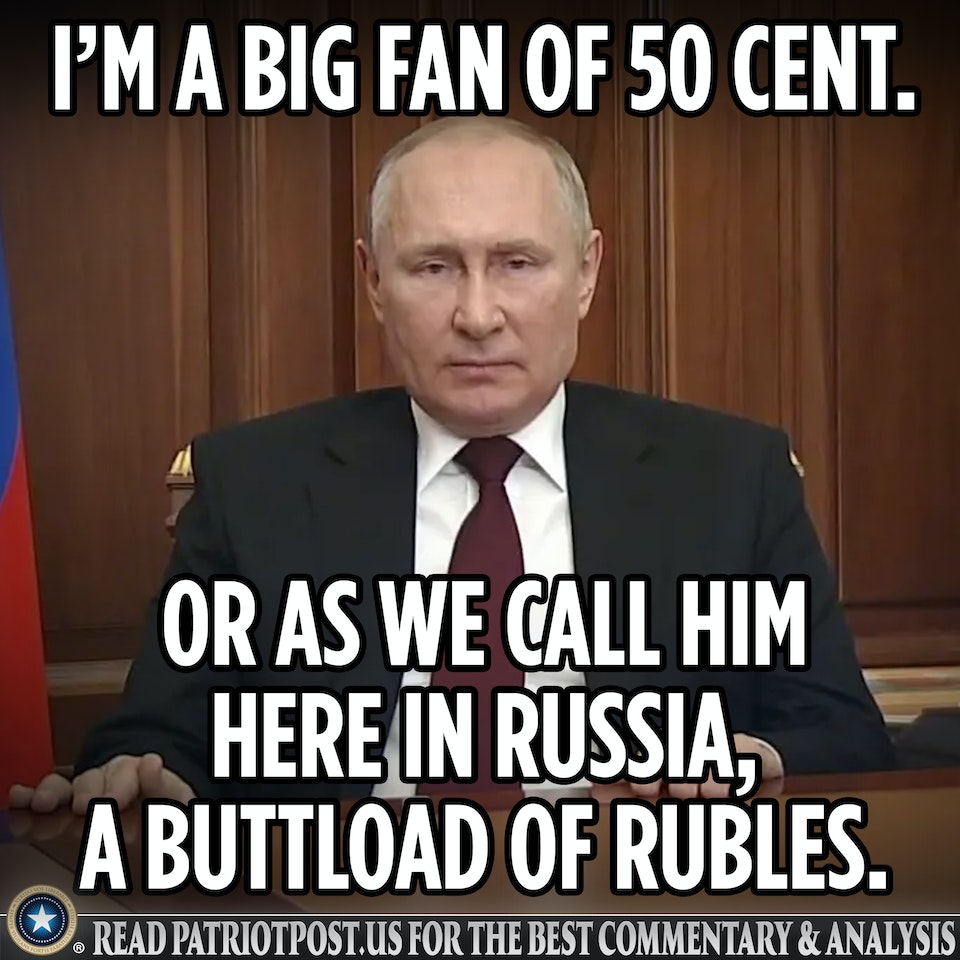 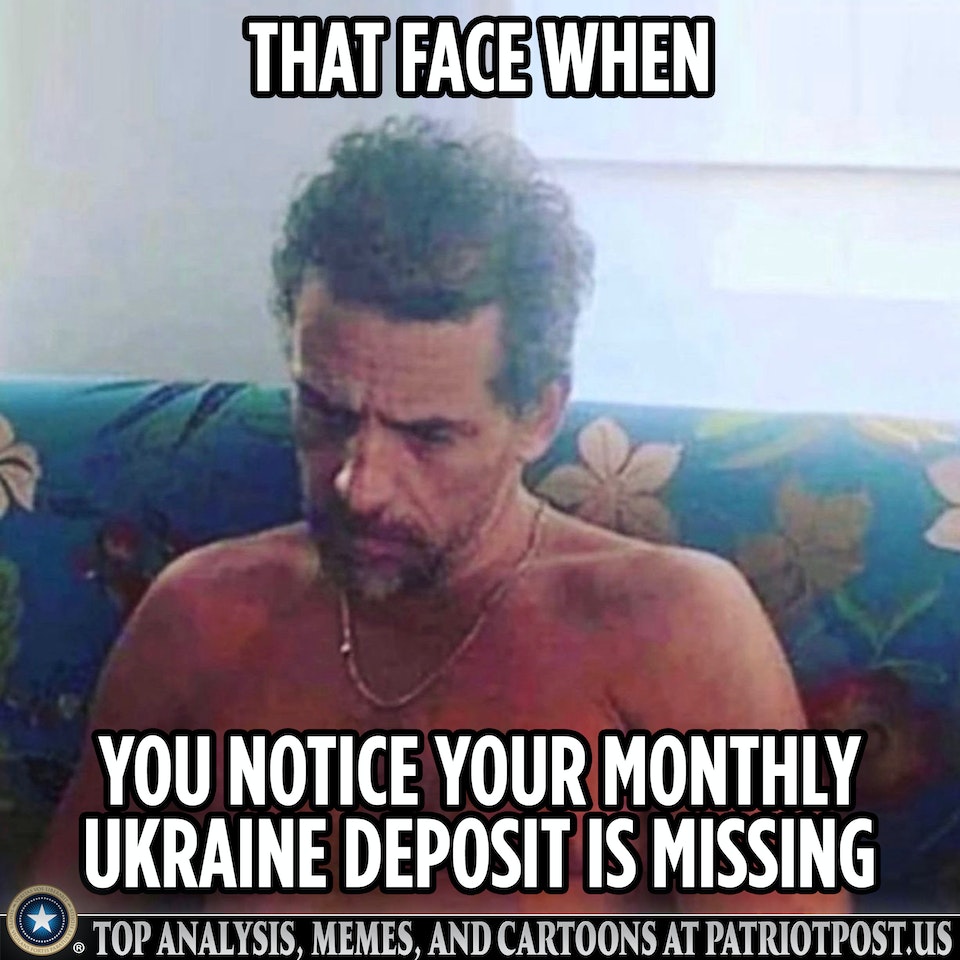 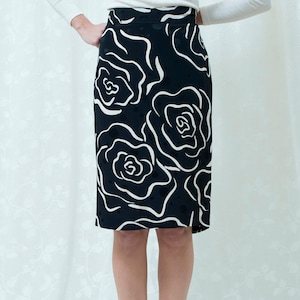 National Skirt Day is March 10th. Will you be wearing yours?

First a bit of history on the skirt, it’s far older than you might imagine! The oldest known skirt was woven from straw, and was discovered in Armenia, and was known to have been worn by men and women alike. This was just the beginning of a long and storied history of a garment to shock and amaze people throughout the world. So what’s a skirt you ask? Why, it’s a garment that hangs from the waist down, and can most often be identified by the fashionably challenged as “That bit of cloth what hangs from the waist down on a dress, if there were no ‘top-part’ to the dress.”

The most shocking of all skirts, the mini-skirts, has a surprisingly long history. Mini-skirts are known as those that just barely cover the buttocks, and were first worn by the Don Quan Mian culture in medieval times. On the other end of the spectrum is the massive and voluminous skirts that existed in various cultures, sometimes with a diameter of 3 meters around the base. Skirts have certainly seen their share of range, haven’t they? But why “National Skirt Day”? This is in part due to a film known as La Journée de la jupe, during which a “skirt day” was proposed in response to the cultural restrictions of the setting of the film. Such a request was formally put to the French Minister of Education, wherein all women would be permitted to wear skirts to school.

Celebrating National Skirt Day is pretty simple, as you might imagine! Male or female, dig into your wardrobe (or your partner’s!) and find a skirt to wear, and go about your day adorned in it. If you really want to kick it up a notch, you can design and sew your own special skirt for the day, or simply adorn one with buttons and other accessories to really strut your own personal style.

Another way to celebrate National Skirt Day is by wearing a novelty skirt. If you take a look online, you will see that there are many different novelty skirts that you can purchase today. This includes skirts that are based on different eras, as well as skirts that are decorated based on cartoon characters. Why not add a little bit of fun to your wardrobe on National Skirt Day and wear something that no one would expect you to?

You can also spend some time learning about the skirt and the history of this garment. You will be fascinated to discover how skirts have developed over the years, as well as the different trends that were loved throughout different eras. The skirt can be traced back to Ancient Egypt, and it was actually men who wore them, not women! They were called the Shendyt, and they were basically a wraparound skirt that was created using flax – a type of linen that was locally sourced. The airy, lightweight material was ideal for the hot and humid weather in Egypt.

You will be able to see plenty of photographs of skirts throughout the ages. In the Middle Ages, fuller skirts were worn and they were often sewn to the bodice. You then had less trimmed and less restrictive skirts in the 19th century, as women became more active. Of course, flash forward to the 20th century and we have seen some iconic looks, with the humble skirt being taken to new levels.

From A-line skirts to flapper style skirts, there are so many exciting trends that have made their mark over the past few decades. Why not post some of your favorite skirt flashbacks and get your friends involved too? You could even invite some loved ones around to have a few drinks with one necessity on the dress-code: wear a skirt!