THE CENSURE OF PRESIDENT ANDREW JACKSON

In 1833, the Senate clashed with President Andrew Jackson in a fight over the survival of the Bank of the United States. After months of debates and recriminations, in an unprecedented and never-repeated tactic, the Senate censured the president on March 28, 1834.

Two years earlier, President Jackson had vetoed an act to re-charter the Bank of the United States. That veto became a major issue in his 1832 reelection campaign, in which he decisively defeated Senator Henry Clay. After the election, Jackson moved to withdraw federal deposits from the bank, and in doing so, set off a political firestorm. The bank’s charter gave the secretary of the treasury the power to move federal deposits out of the bank, but required him to report his reasons for such actions to Congress. Jackson instructed Treasury Secretary William J. Duane to remove the deposits but Duane refused. On September 23 Jackson dismissed Duane from his post and with a recess appointment named Attorney General Roger Taney as treasury secretary. Taney, who shared Jackson’s stance on the bank, carried out the orders to move federal deposits to a number of state banks and submitted his reasons to Congress in December.

When the new Congress convened in December, 1833, Clay’s anti-administration coalition in the Senate held an eight-vote majority over Jackson’s fellow Democrats. Clay was determined to challenge Jackson on the bank. Jackson had read a message to his cabinet in September explaining his decision regarding the federal deposits and later had it published in the Washington Globe, the mouthpiece of his administration. Clay’s first move was to introduce a resolution requesting a copy of that message, arguing that it ought to be submitted as an official document. When Jackson refused to provide it, Clay escalated the conflict.

On December 26, Clay introduced a two-part resolution. The first part stated that in firing Duane and installing Taney to remove the public deposits, Jackson had “assumed the exercise of a power over the Treasury of the United States not granted him by the Constitution and laws.” The second part asserting Congress role in overseeing the handling of the nation’s deposits, stated that Taney’s explanation for the move was “unsatisfactory and insufficient.”

After a 10-week debate, the Senate voted 26 to 20 to adopt a revised resolution, which stated that “the President, in the late executive proceeding in relation to the public revenue, has assumed himself authority and power not conferred by the Constitution and laws, but in derogation of both,” effectively censuring the president. Jackson responded with a lengthy protest denying the validity of the Senate’s action. In another unprecedented move, the Senate responded by refusing to print the president’s message in its Journal.

For nearly three years, Missouri democrat Thomas Hart Benton campaigned to expunge the censure resolution from the Senate Journal. By January 1837, having regained the majority, Senate Democrats voted to remove this stain from the record of an old and sick president just weeks from his retirement. With boisterous ceremony, the handwritten 1834 Journal was borne into the mobbed chamber and placed on the secretary’s table. The secretary took up his pen, drew black lines around the censure text, and wrote “Expunged by order of the Senate.” The chamber erupted in Democratic jubilation and a messenger was dispatched to deliver the expunging pen to Jackson. Dressed in the deep black of a mourner, Henry Clay lamented: “The Senate is no longer a place for any decent man.”

“If our country is to survive and prosper, we must summon the courage to condemn and reject the liberal agenda and we had better do it soon.”

I certainly hope that the voters that live in the 31 Districts, carried by Donald Trump in 2016, that voted for Democrats in 2018 realize what a mistake they made by giving the moron America hating Democrats the majority in the House of Representatives. They can make amends by voting them out of office come November 3rd and giving the majority back to the Republicans. The Republicans can then, by resolution and simple majority, vote to expunge the non-constitutional and strictly bias impeachment from the House of Representatives records since the precedent for such an action has already been set with the Senate expunging the record of President Jackson. Nancy Pelosi has said: “An impeachment for all of history.” This is all the Democrats wanted. Just to say President Trump was impeached, never mind  the impeachment was fraudulent. Now, she does not want to submit the Articles of Impeachment to the Senate, for she knows President Trump will be acquitted and this would diminish from the impeachment. Would it not piss off the moron America hating Democrats if the Republicans did win back the majority in the House and did have the courage to expunge the impeachment?

“You can observe a lot by just watching.”

We have to respond to liberal writings to keep our readers informed.  Franklin Graham slams an article in Christianity Today.  Remember the liberals and MSM will do anything to harm Trump and his supporters.

Here are some repeats of classic Hollywood actresses and actors.

The Chinese are getting like the Muslims, you can’t criticize them.

TE:  Would the Chinese try to sway American public opinion with movies, LTLC ?

They sure would.  Look at the American news propaganda networks.  Companies don’t spend billions on ads because they aren’t effective, just like movies influence people.

Doris Day is in the Remembers video and sings today’s song.  Julie Adams is in this movie.  You can see why Trump has trouble in the swamp.  The creature is Pigleosi. 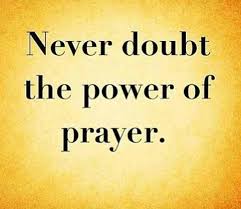