Senator Kamala Harris has bubbled-back up in the Democrat Swamp Cauldron. If you dipped a snake condominium into WD-40, the snakes could not slither like these Democrat Reptilian Swamp Creatures.

Are you still with me?

Feel free to google the resolution….but, in a Slimy Swamp Reptilian Nutshell, it says this: We will arrest you if you address Covid-19 as: The “Chinese Virus,” “Wuhan Virus,” and “Kung-flu,” contending that they constitute “anti-Asian terminology.”

To simplify: If you call Covid-19…Chinese Virus, Wuhan Virus, or Kung-flu…you have committed a HATE crime.

So…you shall not only give up your Right To Bear Arms but also your Freedom Of Speech, if this particular Democrat Reptilian Swamp Creature should become the chosen running mate of the DNC. Basement Joe Biden will have no choice in this selection.

Please…just flip your mind upside-down….like an old Etch-A-Sketch…and shake it vigorously. Shake Joe Biden off your screen. He is a place-holder. Well, he will be, if he lives until November.

Can you just imagine if Basement Joe….had a Say-So? They have so much in common. Both have failed presidential elections and both are proven liars. Most important of all…both are sexual question marks, to say the least. Joe is in the middle of a sexual charge that he cannot truly deny….and Kamala slept her way to promotions with (married) Willie Brown, the Mayor of San Francisco.

Nothing will open your eyes like the political October Surprise.

I hope, at this moment, Barr/Durham are busy tying bows on it. 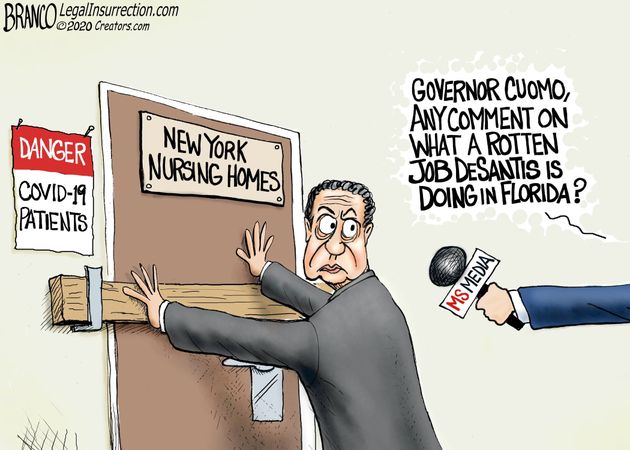 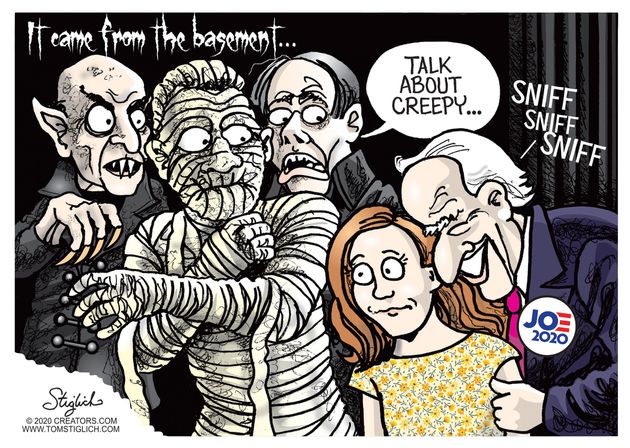 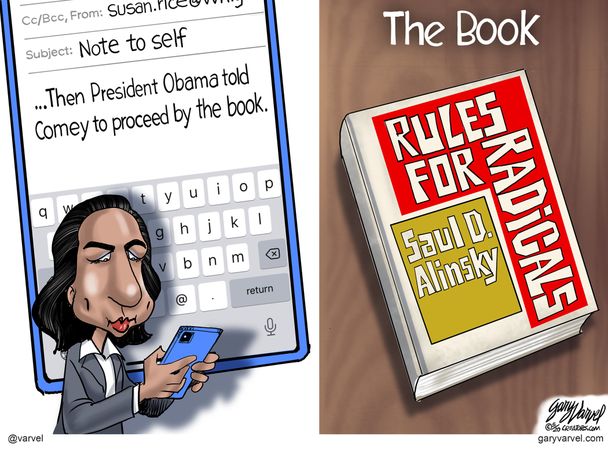 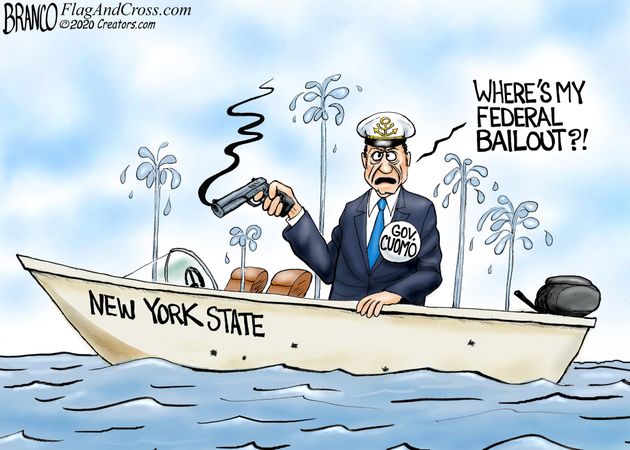 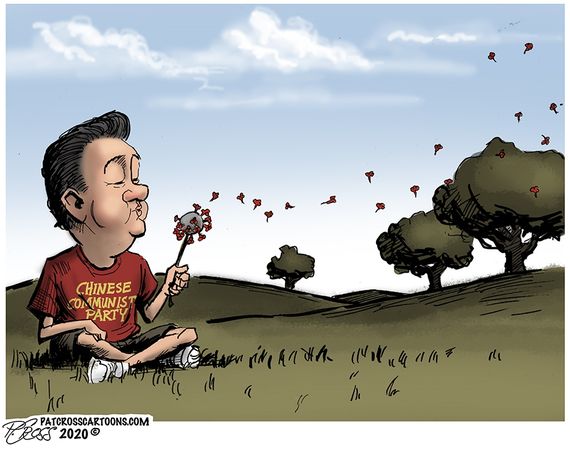 The insanity is still going on, and it will stay that way unless we take our lives back. This Planned-demic is making many lives miserable in so many ways. Some places have been shut down longer than others. We are now beginning to see on the News where some people are coming out and saying, “I have had enough of this, this shut down is taking away everything I have worked for, I am going to lose my house, and my business.” During this shut down, I have been doing much more reading. I am seeing that the majority of people are already immune to the virus. Others get the virus and just stay home and doctor themselves. The older people with immune disorders are at most risk of getting the Virus.

I am a Senior Citizen with enough common sense to be safe, but I am not a “Ger ma-phob.” I am not scared to death of anyone being around me, or having a conversation with someone. I still continue to live life as usual, the best I can. I thank God I am able to go out in my yard, work in the flowers, prune the shrubs and plant things. Taking in mind many people in large cities live in tall apartment buildings and do not even have the freedom of getting out in the yard, as I do. I can understand why these people are climbing the walls and a larger number of spousal abuse is taking place. Children cannot go out to play. We want our lives back.

I personally believe that Dr. Fauci, who is in charge of the U.S. Public health, is a dirty little weasel. All of this is to make the middle class disappear. Make America two classes the poor and the rich. I feel that he and his friends, Bill & Melinda Gates, and George Soros have an agenda. I don’t have a lot of tolerance for the Idiots who are going along with this agenda. They live their lives in fear while screaming, “We need a Vaccine”. They see the vaccine as the savior. I see it as a poison being injected into my body, and am hearing that we may not have a right to say “No I do not want it”.  On the other hand, President Trump came out to say that he is taking the Hydroxychloroquine, along with some supplements, such as Vitamin C and Zinc. I am glad he is telling the world that he is doing that. I am sure that Dr. Fauci’s head is about to explode as he does not want us to look at that option as a good thing. They want to brain wash us and keep telling us that the drug is not FDA approved, this is all Bull Crap. A Drug that has been in use for some 60 years now, and many countries, such as South Korea, used it very successfully to fight this virus. Wake up Sheeple.

I saw a TV interview with Dr. Ivette C. Lozago, MD from Dallas Texas. She said that she was treating and healing COVID patients successfully with the non FDA Approved Hydroxychloroquine after hospitals were sending people home with no treatment. She said after hearing President Trump on TV talking about it, and hearing how it was working on people, she chose to use it to save lives. Again I will say, this drug has a 60 year history of being safe and inexpensive, “BUT THEY WANT US TO HAVE A FEAR OF IT.” I’ll tell you what I have a fear of, something that has been cooked up in a furry of hysteria, in 12 or so short months and Dr. Fauci and his cronies want to pump it into my body. They can destroy millions of people’s lives, both directly and indirectly, and will continue to do so for years. These are violations of basic human rights and freedoms. Wake up Sheeple.

I leave you with this quote I recently read:

“Be careful when you follow the masses, sometimes the M is silent.”

Three hundred French civilians were killed and thousands more were wounded today in the first hours of America’s invasion of continental Europe. Casualties were heaviest among women and children. Most of the French casualties were the result of artillery fire from American ships attempting to knock out German fortifications prior to the landing of hundreds of thousands of U.S. troops. Reports from a makeshift hospital in the French town of St. Mere Eglise said the carnage was far worse than the French had anticipated, and that reaction against the American invasion was running high. “We are dying for no reason, “said a Frenchman speaking on condition of anonymity. “Americans can’t even shoot straight. I never thought I’d say this, but life was better under Adolph Hitler.”

The invasion also caused severe environmental damage. American troops, tanks, trucks and machinery destroyed miles of pristine shoreline and thousands of acres of ecologically sensitive wetlands. It was believed that the habitat of the spineless French crab was completely wiped out, thus threatening the species with extinction. A representative of Greenpeace said his organization, which had tried to stall the invasion for over a year, was appalled at the destruction, but not surprised. “This is just another example of how the military destroys the environment without a second thought,” said Christine Moanmore. “And it’s all about corporate greed.”

Contacted at his Manhattan condo, a member of the French government-in-exile who abandoned Paris when Hitler invaded, said the invasion was based solely on American financial interests. “Everyone knows that President Roosevelt has ties to ‘big beer’,” said Pierre Le Wimp. “Once the German beer industry is conquered, Roosevelt’s beer cronies will control the world market and make a fortune.”

Administration supporters said America’s aggressive actions were based in part on the assertions of controversial scientist Albert Einstein, who sent a letter to Roosevelt speculating that the Germans were developing a secret weapon — a so-called “atomic bomb.” Such a weapon could produce casualties on a scale never seen before, and cause environmental damage that could last for thousands of years. Hitler has denied having such a weapon and international inspectors were unable to locate such weapons even after spending two long weekends in Germany. Shortly after the invasion began, reports surfaced that German prisoners had been abused by American soldiers. Mistreatment of Jews by Germans at their so-called “concentration camps” has been rumored, but so far this remains unproven.

Several thousand Americans died during the first hours of the invasion, and French officials are concerned that the uncollected corpses will pose a public-health risk. “The Americans should have planned for this in advance,” they said. “It’s their mess, and we don’t intend to help clean it up.”

The invasion is blamed on Roosevelt’s hawkish military advisers and the influence of British Prime Minister Churchill, who have repeated ignored calls for a negotiated settlement to end the war and who have reportedly rejected peace overtures from Germany through several neutral parties. Instead, the Roosevelt administration and its allies have chosen to insist on maintaining their extreme policy of demanding unconditional surrender.

There have been notable voices of opposition from sports figures and celebrities decrying the horrific violence and saying that this is not who we are.