HRH Duke of Canongate wishes you a Merry Christmas! 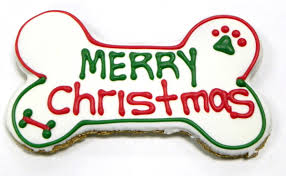 “Hey, I know you are in there….OPEN THIS DOOR…RIGHT NOW!”

IT IS ONLY 365 DAYS TIL CHRISTMAS.

One year, a friend bought his mother-in-law a cemetery plot as a Christmas gift…The next year he didn’t buy her a gift. When she asked him why, he replied, “Well, you still haven’t used the gift I bought you last year!”

I am an 83 year old widow, living on a very small pension. Yesterday someone stole my purse. It had $100 in it, which was all the money I had until my next pension payment. Next Sunday is Christmas, and I had invited two of my friends over for dinner. Without that money, I have nothing to buy food with, have no family to turn to, and you are my only hope…

Can you please help me?

The postal worker was touched. He showed the letter to all the other workers. Each one dug into his or her wallet and came up with a few dollars. By the time he made the rounds, he had collected $96, which they put into an envelope and sent to the woman. The rest of the day, all the workers felt a warm glow thinking of Edna and the dinner she would be able to share with her friends.

Christmas came and went. A few days later, another letter came from the same old lady to God All the workers gathered around while the letter was opened. It read:

How can I ever thank you enough for what you did for me? Because of your gift of love, I was able to fix a glorious dinner for my friends. We had a very nice day and I told my friends of your wonderful gift. By the way, there was $4 missing.

Three men died on Christmas Eve and were met by Saint Peter at the pearly gates.

‘In honor of this holy season’ Saint Peter said, ‘You must each possess something that symbolizes Christmas to get into heaven.’

The Englishman fumbled through his pockets and pulled out a lighter. He flicked it on. ‘It’s a candle’, he said. ‘You may pass through the pearly gates’ St. Peter said.

The Scotsman reached into his pocket and pulled out a set of keys. He shook them and said, ‘They’re bells.’ Saint Peter said ‘You may pass through the pearly gates’.

The Irishman started searching desperately through his pockets and finally pulled out a pair of women’s panties. St. Peter looked at the man with a raised eyebrow and asked, ‘And just what do those symbolize?’

The Irishman replied, ‘These are Carol’s.’

The 98-year-old Mother Superior lay dying. The nuns gathered around her bed trying to make her last journey comfortable. They tried giving her warm milk to drink but she refused it. One of the nuns took the glass back to the kitchen. Then, remembering a bottle of Irish whiskey that had been received as a gift the previous Christmas, she opened it and poured a generous amount into the warm milk.

Back at Mother Superior’s bed, they held the glass to her lips. The frail nun drank a little, then a little more and before they knew it, she had finished the whole glass down to the last drop. As her eyes brightened, the nuns thought it would be a good opportunity to have one last talk with their spiritual leader.

“Mother,” the nuns asked. “Please give us some wisdom before you leave us.”

Mother Superior raised herself in the bed and said: “Don’t sell that cow.”

A couple were Christmas shopping. The shopping center was packed, and as the wife walked through one of the malls she was surprised when she looked around to find that her husband was nowhere to be seen. She was quite upset because they had a lot to do and hence, she became so worried that she called him on her mobile phone to ask him where he was.

In a quiet voice he said, “Do you remember the jewelers we went into about five years ago where you fell in love with that diamond necklace that we couldn’t afford, and I told you that I would get it for you one day?”

The wife choked up and started to cry and said, “Yes, I do remember that shop.”

A friend told the blond: “Christmas is on a Friday this year.”

The blond thought about it, then said, “Let’s hope it’s not the 13th.”

Out With The Old Cat:  Amigo said either the old stuff goes or else.  These are important articles that need to be read, but I don’t have room/time to do a regular article.

Real Estate agents don’t list crime in their listings.  What else are they lying about concerning the house they want to sell you ?  Maybe their full time job is on the School Board.

Billionaires own the voting booths, and Congress.

The dems keep nominating commies and approving them.  Elect some Republican Senators.

One less racist-bigot.  Go to DC and work for Judge Sullivan, or Joyless Reid.

The problem is he isn’t a politician.

COVID variants will be here forever.

Monkeys, baboons, etc., are nasty killers, just like Democrats.  I don’t believe this article, where are the videos ?

This is a long article–take a break.

After half the politicians in New York City have been kicked out for sex crimes,  they have turned to blow-up dolls.

Even United is endorsing blow-ups, or as the doll union demands–Plastic Inflatable People ( PIP ).

In California the favorite pick up line is,  I have a generator/fire truck.  In New York City it is, I have an air compressor.

Is this what happened ?

California dems breed violence, but the killers stay out of the rich neighborhoods.

The Navy has new uniforms for pregnant members.

For our history challenged readers.

I see the countless Christmas trees
Around the world below,
With tiny lights, like heaven’s stars,
Reflecting on the snow.

The sight is so spectacular,
Please wipe away that tear.
For I’m spending Christmas
With Jesus Christ this year.

I hear the many Christmas songs,
That people hold so dear,
But the sounds of music can’t compare,
With the Christmas choir up here.

For I have no words to tell you,
The joy their voices bring.
For it is beyond description,
To hear an angel sing.

I can’t tell you of the splendor,
Or the peace here in this place.
Can you just imagine Christmas,
With our Savior, face to face?

I’ll ask Him to light your spirit,
As I tell Him of your love;
So then pray for one another,
As you lift your eyes above.

Please let your heart be joyful,
And let your spirit sing.
For I’m spending Christmas in Heaven,
And I’m walking with the King!

I know how much you miss me;
I see the pain inside your heart.
But I’m not so far away,
We really aren’t apart.

So be happy for me, dear ones,
You know I hold you dear,
And be glad I’m spending Christmas
With Jesus Christ this year.

After all “love” is the gift,
More precious than pure gold.
It was always most important
In the stories Jesus told.

Please love and keep each other
As my Father said to do,
For I can’t count the blessings
Or the love He has for you.

So have a Merry Christmas and
Wipe away that tear.
Remember I’m spending Christmas
With Jesus Christ this year!