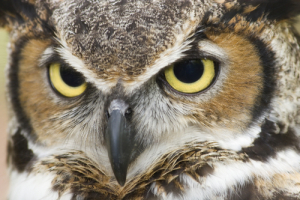 A new CNN poll shows a significant shift in voter sentiment for impeachment. Those voters who favor impeachment took a sharp drop and now sit below voters who are against impeachment. This poll is from CNN – the media arm of the DNC. If I were a Democrat in the House, whether a first term representative or a multi-term veteran, I would be shaking in my Nike sneakers right now. I think they are going to pay a very heavy price for their impeachment votes tomorrow. Nobody in the Democrat Party is now safe from challengers within their own party or by strong Republican candidates. The Dems will now have to spend large sums of money just to protect “safe” seats. This is for a party that currently has no money available for 2020 elections. So where will the money come from to support their presidential candidate? Bloomberg is spending his money to promote his sinking campaign. Tom Steyer likewise is spending money to promote his miserable campaign. Meanwhile, Trump and the RNC are receiving contributions and donations at a record rate.

Comey appears to be in deep, very deep trouble. He is now trying to plead his case in the court of public opinion but nobody appears to be listening. When liberal Chris Wallace attacks Comey’s comments you know he is in trouble. We should see some movement by Bull Durham and his investigation soon after the impeachment process plays out in the Senate. Look for a couple of low level indictments. These folks are easy prey for Durham and he will try to flip them to testify against higher level personnel. So far Clapper and Brennan have not been mentioned much, but all that is about to change. Durham might also be interested in the information Rudy Giuliani has gathered from Ukraine. Those left wingers who are selling Giuliani short are making a big mistake. This guy is a professional and knows how to gather information and use it to indict and convict individuals.

Trump is going to get additional funds approved for the border wall in the spending bills before the House. Notice how quiet the Dems are about this money. Maybe the fact that border crossings have dropped by something like 70% in the last 6 months might have something to do with it. The Dems are in no position to pick a fight with Trump right now so they are hoping the news on border wall funding will be buried by the mainstream media. Trump will jump on that as soon as the spending bills are signed. Look for immigration policies to heat up early next year. This is a winning issue for the President and he will start to push the news.

Here are a couple of interesting projections. The USMCA trade deal is expected to contribute between 0.5-1.2% points to GNP. If that happens, growth by the end of 2020 might be more than 3% per quarter. A significant portion of the increase will be in blue collar manufacturing jobs and for farmers – both groups are strong Trump supporters. Most voters would find it hard to replace a sitting president with those kind of numbers. If the results of the phase I China trade agreement are also factored in, and the possibility of a trade agreement with England, the economy will be on fire next November. No president has ever been voted out of office when the rate of inflation is as low as it is now. Also, recent polls show a sharp jump in support of Trump by black voters. That should cause heartburn among Democrats. In 2016 Trump got about 8% of the black vote. Three recent polls targeting black voters has his support at 33-34%. If Trump just doubles his 2016 percent, the party is over for the Dems.

Trump has a campaign rally in Michigan on Wednesday night – just about the time the House will vote on the articles of impeachment. Trump will be fun to watch as that takes place. He will whip the crowd up like never before. The Dems have created a monster that they cannot control. The swamp is being drained!! 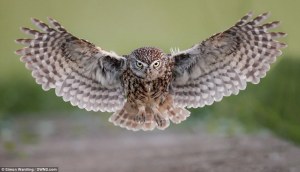