This is the final in a series of four FOOD FOR THOUGHT posts discussing things the liberal media won’t tell you about Black Lives Matter written by Fred Lucas.

WHAT IS THOUSAND CURRENTS?

Thousand Currents, which underwrites the Black Lives Matter Global Network Foundation, describes itself as an organization that “envisions a world where humanity thrives as a creative force that is in reciprocal and interdependent with nature, and creates loving, equitable and just societies.” Notably, the vice chairwoman of the board of directors for Thousand Currents is Susan Rosenberg, a convicted felon who participated in bombing buildings in the Northeast and Washington, D.C. In an email, The Daily Signal asked Thousands Currents about Rosenberg’s position on the board of directors. That morning, the organization’s webpage about the board included a short bio of Rosenberg. By late afternoon, that page no longer was available and a message said: “Ooops. Sorry. This page doesn’t exist.”

Rosenberg was part of M19, short for May 19th Communist Organization. Her memoir “An American Radical,” details her 16 years in federal prison. At her sentencing hearing in 1984, Rosenberg urged supporters to “continue to fight for the defeat of U.S. imperialism.” “One of the biggest bombs they had went off in the U.S. Capitol and tore up that fine Democratic slave owner John C. Calhoun’s portrait,” Capital Research Center’s Scott Walter said of Rosenberg and M19. “The Weather Underground wasn’t really radical enough for her. Some of those people ended up wimping out and going off to be stock brokers and whatever. That wasn’t good enough for her and she stayed radical.” M19’s bombings reportedly were for the sake of causing enough disruption to prevent President Ronald Regan’s reelection in 1984. Rosenberg was a member of the Weather Underground in the 1960s. Bill Clinton commuted her 58-year sentence on his last day in office in January 2001.

According to Capital Research Center, Thousand Currents also is a grant-making organization that assists various other left-of-center causes and has focused heavily on opposing genetically modified organisms. Donors include the John D. and Catherine T. MacArthur Foundation, the NoVo Foundation, and the Libra Foundation. It had annual revenue of $6.8 million in 2018.

“If our country is to survive and prosper, we must summon the courage to condemn and reject the liberal agenda and we had better do it soon.”
-Walter Williams-

Two California residents were charged with a hate crime and other offenses Tuesday after they were captured on video allegedly covering up a Black Lives Matter mural.

Philadelphia Eagles’ wide receiver DeSean Jackson was accused of anti-Semitism after posting quotes attributed to Hitler and praising Louis Farrakhan. His social media posts were dismissed across social media Tuesday and nothing else was said about the racism. If a white player said anything about African Americans as outrageous as what Jackson said about Jews, there would be one hell of an outrage from the far left and demands he be banished from the NFL.

The devil may have gone down to Georgia, but Charlie Daniels has gone to Heaven.
*
*

A few days after Christmas, a mother was working in the kitchen listening to her young son playing with his new electric train in the living room. She heard the train stop and her son said, “All of you sons of bitches who want off, get the hell off now, cause this is the last stop! And all of you sons of bitches who are getting on, get your asses in the train, cause we’re going down the tracks.”

The mother went nuts and told her son, “We don’t use that kind of language in this house. Now I want you to go to your room and you are to stay there for TWO HOURS. When you come out, you may play with your train, but I want you to use nice language.”

Two hours later, the son comes out of the bedroom and resumes playing with his train. Soon the train stopped and the mother heard her son say, “All passengers who are disembarking from the train, please remember to take all of your belongings with you. We thank you for riding with us today and hope your trip was a pleasant one. We hope you will ride with us again soon.” She hears the little boy continue, “For those of you just boarding, we ask you to stow all of your hand luggage under your seat. Remember, there is no smoking on the train. We hope you will have a pleasant and relaxing journey with us today.”

As the mother began to smile, the child added, “For those of you who are pissed off about the two hour delay, please see the bitch in the kitchen.” 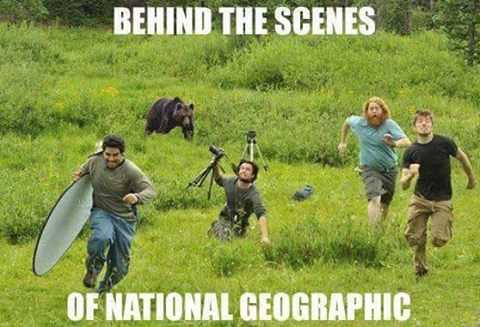 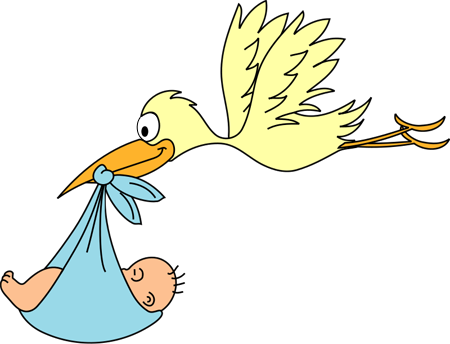 A boy was assigned a paper on childbirth and asked his parents, “How was I born?”

“Oh, the stork brought us too,” chimed in the dad.

“Well how were grandpa and grandma born?” he persisted.

“Well darling, the stork brought them too!” said the mom, by now starting to squirm a little in the Lazy Boy recliner.

Several days later, the boy handed in his paper to the teacher who read with confusion the opening sentence: “This report has been very difficult to write because there hasn’t been a normal childbirth in my family for three generations.”