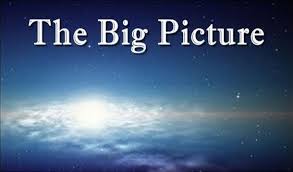 For some time I’ve been developing a theory to explain the Democrats seemingly irrational behavior in impeaching President Trump. It’s tempting to say that they’ve all lost their minds, but that’s not realistic. It’s also appealing to write them off as being evil and pernicious, which I believe they often are, but I refuse to believe there isn’t a significant number of them who love this country, have some respect for Conservatives, and want to do the right thing. Yet, almost all of them openly demonstrate a virulent hatred for the President and his supporters, which is truly frightening, especially when you consider that they claim to be inclusive and love everybody. Speaker Pelosi’s recent denial of her obvious hatred for the President was as artificial as anything I’ve ever seen. (Good Catholics like she claims to be who promote the murder of millions of babies couldn’t possibly hate anyone. But, I digress.)

Regardless of how bizarre the Democrat’s behavior appears to an observer, there is an explanation. People always have reasons for what they do, which make sense to them at the time. They must believe that their actions will further their goals. We Conservatives point out the numerous obstacles in this contrived impeachment debacle, but the Democrats are undeterred. Obviously something more important than the destruction of our Republic is driving them.

So what do I think is the motivation for their behavior? I believe it is panic and desperation. I think the Democrat party and the Never Trumpers are fighting for their very existence. Trump’s campaign to drain the swamp and root out the Deep State has cornered some of these vermin and they’re fighting back. The IG Horowitz’s report on the FBI’s spying on the 2016 Trump election campaign, and the Durham investigation into deep state shenanigans have triggered panic among the Democrats. I think they’ve seen their future and are doing whatever they can to avoid it.

Impeachment is one of the few legal avenues available to them to respond to these existential threats. So they put on this sham impeachment, ignoring traditional rules of fairness, making up new rules as they go along, and reach the foregone conclusion that Trump must be removed from office. There are now even threats to impeach Vice President Pence as well. Do they think that by getting rid of Trump and Pence that Pelosi would become President? Or perhaps Queen Hillary will take her rightful place at the helm?

Right now their survival is the only thing that matters to them. If Trump goes on to be re-elected next November, and the Democrats retain the House they will continue to cause as much trouble for President Trump as they can, but if the Republicans take over the House, the Democrats will have very little political power and their left wing loonies will undoubtedly go berserk.

Desperate people do desperate things, and the Democrats are desperate. They must be stopped before they destroy our country. I hope the voters next November recognize the importance of making the right choices. Keep your powder dry.

2 thoughts on “The Big Picture”