The Coronavirus started in Wuhan yet there is no effect of Coronavirus in nearby Beijing or Shanghai but many deaths in Italy, Iran, European countries and USA.

All business areas of China are now safe.


America is not just blaming China without a reason.

Even today, India is locked down but all the cities of China are open. China has also announced the opening of Wuhan from April 08. Not a single leader in China has tested positive for the deadly Coronavirus.


The virus has ruined many economies around the world. Many have had to close their borders in an attempt to contain and control the spread of the Coronavirus. Thousands have lost their lives, millions have now got this disease, countless people have been locked in their homes and many countries have placed their citizens on lock down.


The Coronavirus orginated from the city of Wuhan in China and has now reached every corner of the world, but the virus did not reach China’s capital Beijing and China’s Economic Capital Shanghai, located in close proximity to Wuhan itself.


Beijing is the city where all the leaders of China live, including their military leaders. There is no lock down in Beijing.


Shanghai is the city that runs China’s economy. It is the economic capital of China, where all the rich people of China live and run major industries. There is no lock down here, there is no effect of the Coronavirus there.


Another big thing is, that the worldwide share market has fallen by almost half. In India also the Nifty has gone from 12 thousand to 7 thousand, but the share market of China was at 3000 and just merely dropped to 2700.


This leaves one to speculate that the Coronavirus is a bio-chemical weapon of China, which China used to carry out destruction in the world in order to gain economic supremacy.

China has now put this virus under control, maybe they also have the antidote/ vaccine that they are not sharing with the world ever or will do when it is in their best interest to do so.

SOMETHING IS VERY DAMN FISHY !!!!

Ask your insurer for a rebate, call the insurance commissioner.

The Editor:  What is interesting, LL ?

Way Back Cat:  A lot of things go way back.  Here is an old ship wreck.  It’s like Hill-gal—what happened.

The Supremes will settle this one day.

Here is one way NASCAR protects its drivers.

Inflammation may contribute to depression.

Is there anyone who doesn’t get a kickback from legal drugs ?

Artificial sweeteners are not good for you. 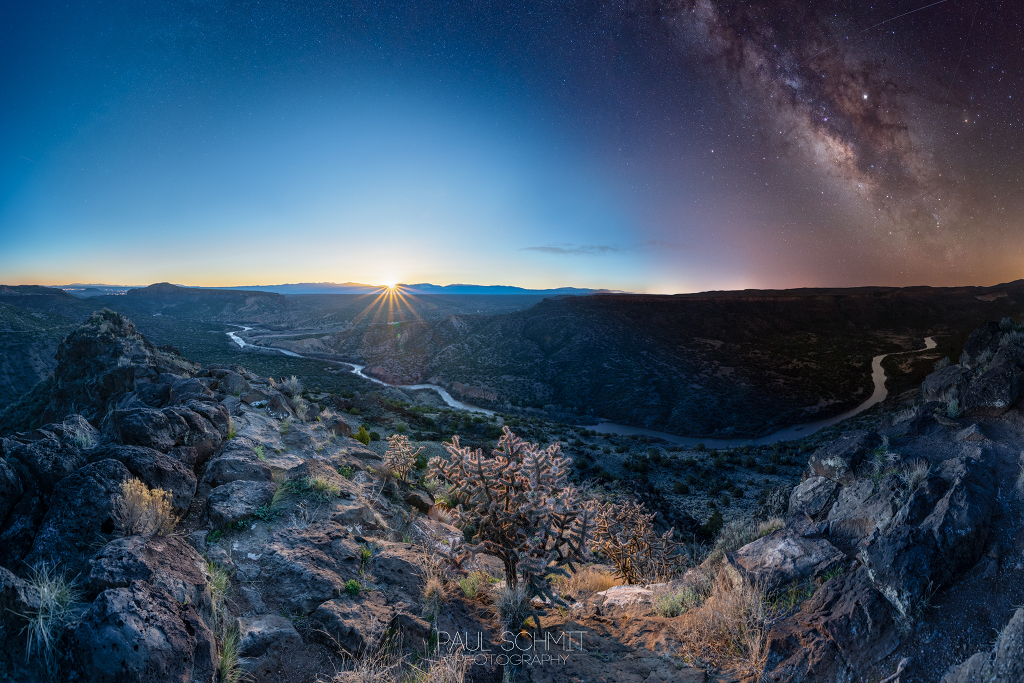 Explanation: This surreal timelapse, landscape, panorama spans predawn, blue hour, and sunrise skies. Close to the start of planet Earth’s northern hemisphere spring, the flow of time was captured between 4:30 and 7:00 am from a location overlooking northern New Mexico’s Rio Grande Valley. In tracked images of the night sky just before twilight begins, the Milky Way is cast across the southern (right) edge of the panoramic frame. Toward the east, a range of short and long exposures resolves the changing brightness as the Sun rises over the distant peaks of the Sangre de Cristo Mountains. In between, exposures made during the spring morning’s tantalizing blue hour are used to blend the night sky and sunrise over the high desert landscape.