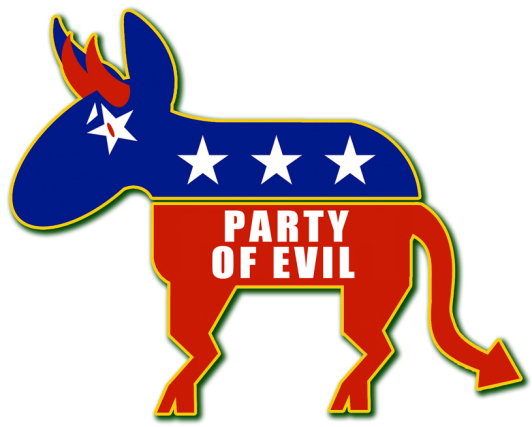 I cannot help myself…this Schumer conversation is too funny to ignore! Everyone has their own theory about ‘who is the invisible person that Schumer is conversing with at the Impeachment Trial?’ Schumer has always looked like Satan to me with his pointed chin and Satan like nose, for real…I have to force myself to remove the imaginary little horns, red pointed tail and pitchfork that my brain places on him before I take him serious on anything he says. It does not work because I never take him or any of his Gang serious on anything anyway.

My theory on the conversations that day is shown under the video below.

Schumer to Stenographer in blue dress: Can you make John McCain get out of my chair?

Stenographer: I know you have been here many hours, Chuck…but you should keep that ridiculous thought to yourself. Can you just imagine what will happen if that gets back to Tucker Carlson at Fox?

Schumer: Forget it, I will take care of it myself.

Schumer to The Ghost of John McCain: Get out of my seat you dead RINO.

Schumer to The Ghost of John McCain after he takes his seat: You are of no use to the Democrats at this trial. Like all dead Democrats and RINOS, you can still vote against Trump in November, but you cannot help at this trial.

My cat curiosity leads me to believe that the impeachment is being dragged out in the event that the Durham investigation results are released in the next week or so they will get little attention in the MSM. The following decision implicates Obama, Lynch, Comey, Brennan, FISA, McCabe, the love birds, Rosenstein, and others. The top officials at the FBI, CIA, and DOJ are/were involved.

The Editor: What is bizarre, LL ?

I Don’t Know Anymore Cat: It use to be a jungle out there, now it’s bizarre-land.

Weddings are always full of Mojo.

This is an old video, the idiot is probably on probation by now. He needed a 44 Magnum for the lock.

The California governor has screwed up his state so much that he now wants free land owned by us. Go use eminent domain or the land confiscated for the dead-on-arrival bullet train. Bail out your own miserable failures.

Gavin Newsom ( Pigleosi’s nephew ) should use this train.

Various dates have been listed for the construction of this bridge. The Monroe County Historical Society indicates that it was built in 1898 while other sources use 1893 or 1903. E.P. & A.P. Smith built the abutments for their nephew’s Ray & Oscar Weikel’s wooden structure. If the local legend that Oscar was 16 and Ray, 18 when they built the bridge, then the 1898 date would be the most likely one. Their uncles, who owned a nearby sawmill, provided the lumber and warrantied their work. The bridge cost $403 to construct. It was bypassed in 1929 according to the Monroe County Historical Society. The historical society hired a brother of the original builders to strengthen the bridge and add a new oak shingle roof after they acquired it in 1965. The roof was replaced in 2000 by Hoke Brothers Construction of Union, West Virginia, along with other repairs and a new glued laminated wood deck.