A man named Harold and a president named Barack. The following summarizes how most liberals view the U.S. military. Harold was a bright child. He grew up in America. He went to school and had a bright future ahead of him. Harold was full of life but was cut short in a violent moment. While few people had ever heard of Harold before his death, many did afterward. And in death, something very shocking happened. What was so shocking, especially when it is compared to the death of someone else in the news.

Four days after Harold Greene gave his life for America, Michael Brown was killed in Ferguson, Missouri. Brown was at best a young thug. In the minutes before his death, he committed a robbery at a local convenience store. According to other reports, Brown struck Officer Darren Wilson and shattered his orbital bone. Obama sent a three-person delegation to Brown’s funeral! Neither Obama nor Biden would attend the funeral of the highest ranking military officer killed in the line of duty since 9/11, yet he sent a delegation to the funeral of a thug.

When Margaret Thatcher, one of America’s staunchest allies and Ronald Reagan’s partner in bringing down Soviet communism died, Obama only sent a small low-level delegation to her funeral. The snub was not missed by the British. When Chris Kyle, the most lethal American sniper in history was murdered, there was no expression of sympathy from the Obama White House. But when Whitney Houston died from a drug overdose, the Obama/Biden administration ordered all flags be flown at half-mast.

We must all stand up for all the “Harold’s” in America.

Jerry Nadler stood in the well of the Senate chamber and had the gall to say the Republicans lie, lie, lie, lie. If I remember correctly, was it not Adam Schiff that rewrote the transcript of President Trump’s telephone call with the president of Ukraine and read it before the House Intelligence Committee? And the Republicans lie? Give me a break!. Ever notice how Schiff and Nadler favor Laurel and Hardy, in more ways than one?

“Everyone is in favor of free speech. Hardly a day passes without its being extolled, but some people’s idea of it is that they are free to say what they like, but if anyone else says anything back, that is an outrage.”

The theft of our Second Amendment Rights is Absolute Evil. How can any American think otherwise?

The County Board of Commissioners in Habersham County, Georgia (see story below) took a stand for the citizens of their county. Ask yourself…..Have my commissioners even brought this very serious subject up for discussion? If not, why not? What have your commissioners done for you lately? Do you pay county taxes? If so, I assume you are aware that the commissioners work for you. If your County Commissioners do not care enough about your safety, to make yours a Second Amendment Sanctuary County…..VOTE THEM OUT OF OFFICE! THE BALL IS IN YOUR COURT!

With unconstitutional gun-control measures—including bans on semi-automatics and gun confiscations—being proposed by presidential candidates and moving through state governments like Virginia, one Georgia county has taken a proactive approach to protecting the rights of its residents.

The Habersham County resolution directs Sheriff Joey Terrell to not enforce against any citizen any unconstitutional firearms law.

The resolution reads in part: “No agent, employee or official of Habersham County, or any corporation providing services to Habersham County, shall provide material support or participate in any way with the implementation of federal acts, orders, rules, laws or regulations in violation of the Second Amendment to the United States of America.”

Ironically, the Sanctuary concept was born from liberal municipalities that began to establish “Sanctuary Cities” to defy federal immigration laws. The difference with Second Amendment Sanctuaries is that they are backed by the Constitution, something that was brought out during a public comment period during the Habersham meeting Monday night. According to an article by reporter Rob Moore, of access WDUN, Cornelia attorney Douglas McDonald Sr. spoke against the resolution, saying, “If the law says that guns should be taken, then that’s the law. The law can be changed. That’s what we do in America. We don’t disobey the law; we change the law.”

According to the WDUN article, a resident then stood up to say Mr. McDonald had just wasted his breath because, “If someone tells us that we have to confiscate guns, that is unconstitutional and that is against the law.” “I am often reminded of an exchange in 1787 when delegates were drafting the Constitution. On the last day of the convention, Ben Franklin emerged from the building when a woman asked him what the founders had given the American people. His answer, “A republic, if you can keep it.”

The words “if you can keep it” offer a distinct reminder to us all that each and every one of us have a part to play in keeping our great republic intact. Certainly, exercising our right to vote is a big part of that. But so too, I believe, is standing up to the government when we believe our Constitutional rights are under attack.

Sadly, there are many in federal, state, and local governments all over our country who do not agree with our second amendment right to keep and bear arms or seek to limit it. It is of paramount importance that we, the people, remind these legislators that their simple dislike or a Constitutional amendment makes it no less Constitutional and that we will not give those right up easily. The Constitution is not an aging, irrelevant document with increasing insignificance over time. Quite the contrary, it is the very fabric that this great country is woven together. It is a living, breathing document that protects us from an overreaching and overbearing government.

It is with this in mind, the Habersham Board of Commissioners tonight join a growing chorus of communities throughout the United States by considering a 2nd Amendment Sanctuary County Resolution affirming our support of the Constitution and signaling that we will not help enforce any unconstitutional law which seeks to limit our 2nd Amendment rights. Habersham County is proud to be the first county in Georgia to do this.”

As I previously stated……”YOU HIRE OR FIRE ELECTED OFFICIALS AT THE BALLOT BOX!”
-Sheila Tolley-

The Editor: Is this a special Bond issue, LL ?

From The Ukraine With Love Cat: No, it’s just entertainment. I hope one day the liberal rats learn that almost everything is based on the past. Make your own symbols and heroes/heroines. Bond is fine.

‘No Time to Die’: A Rare In-Depth Interview With the Keepers of James Bond

Here are some Bond Women.

Besides the murders this passes for entertainment in Chi-Town. I couldn’t decide if they have too many different minority groups for the amount of available contracts or vice versa.

With Mayor Lightfoot Considering Gay Set-Asides, Chicago Is Running Out of People To Disfavor For City Contracts – Updated

After 35 years of marriage, a husband and wife came for counseling. When asked what the problem was, the wife went into a tirade listing every problem they had ever had in the years they had been married. On and on and on: neglect, lack of intimacy, emptiness, loneliness, feeling unloved and unlovable, an entire laundry list of unmet needs she had endured.

Finally, after allowing this for a sufficient length of time, the therapist got up, walked around the desk and after asking the wife to stand, he embraced and kissed her long and passionately as her husband watched – with a raised eyebrow. The woman shut up and quietly sat down as though in a daze.

The therapist turned to the husband and said, “This is what your wife needs at least 3 times a week. Can you do this?”

“Well, I can drop her off here on Mondays and Wednesdays, but on Fridays, I fish.” 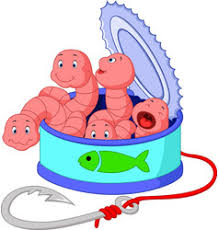 WE KNOW THEY DID NOT DANCE TO CHUBBY CHECKER’S.. TWIST AGAIN….BUT HOW THEY’VE FITTED THE DANCE STEP TO THE MUSIC IS INCREDIBLE..