“Well, well…it seems that Kaepernick may have waded too deep in Bitter Creek. Perhaps his Chinese Nike’s will finally get too wet and damaged for True Americans to buy any longer. You must remember Colin. He is that worthless football player who developed that knee problem with our National Anthem. He got punted away so hard, he landed in a Nike’ child labor camp in China. Some Americans are finally speaking out against the jerk after he defended the Iranians instead of America in their attack on our embassy in Iraq.

I wish Kaepernick had been giving Iranian General Qassem Soleimani a hug and a pat on the back when Soleimani:

Made his final earthly salute to Mohammed, Landed the last time on his prayer rug, Left to collect his virgins, Made his last call to Ayatollah Ali Khamenei, Bit the bullet, Kicked the proverbial bucket across the sand dunes of Iraq, Passed away, Departed, Succumbed, Gave up the ghost, Met his maker, etc. After all, everyone loves a goodbye hug.

Actually, Soleimani gazed up at the sky and said, “Look, it’s a bird, it’s a plane…oh, Hell it’s a 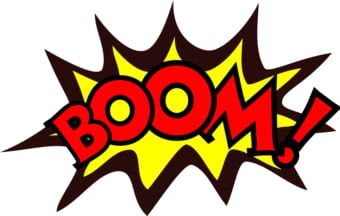 The Iraqi people were literally dancing in the street as they celebrated the death of this monster. But, do not hold your breath, you will not hear that on MSM in America. They, just like the Democrats, hate our president more than they love America. In fact, I am convinced neither of them even like America. They have zero respect for our country.

President Trump is standing in their way of destroying our country. He will not allow them to eliminate our southern border, he is appointing so many judges who believe in the Constitution that they are having a melt-down. He has created the best economy and lowest unemployment our country has ever enjoyed. We are no longer dependent on foreign oil. The wonderful list goes on and on.

I am sure glad no one told Nancy and Chucky about the plan to kill the murdering Iranian general, they would have called to warn him of his impending Boom Doom.

Well, now Nancy will have another occasion to wear that black dress she purchased for the ridiculous impeachment vote. Crying Chuck will have another reason to shed tears…and most of all worthless loser, anti-American Colin Kaepernick will have a special reason to accept another free pair of black Chinese Nikes to complement his mourning of American excellence.

The dead general from Iran will be replaced by Esmail Ghaani who promises “Great Revenge and death to America.”

Gee, I hope this new fool does not confuse our old obama America with our new Trump America. We no longer require a pause to reload and return. You see, Americans no longer have to search for parts, guns or ammunition…

We got spares, Baby….because obama is GONE and America has a NEW SHERIFF IN TOWN! 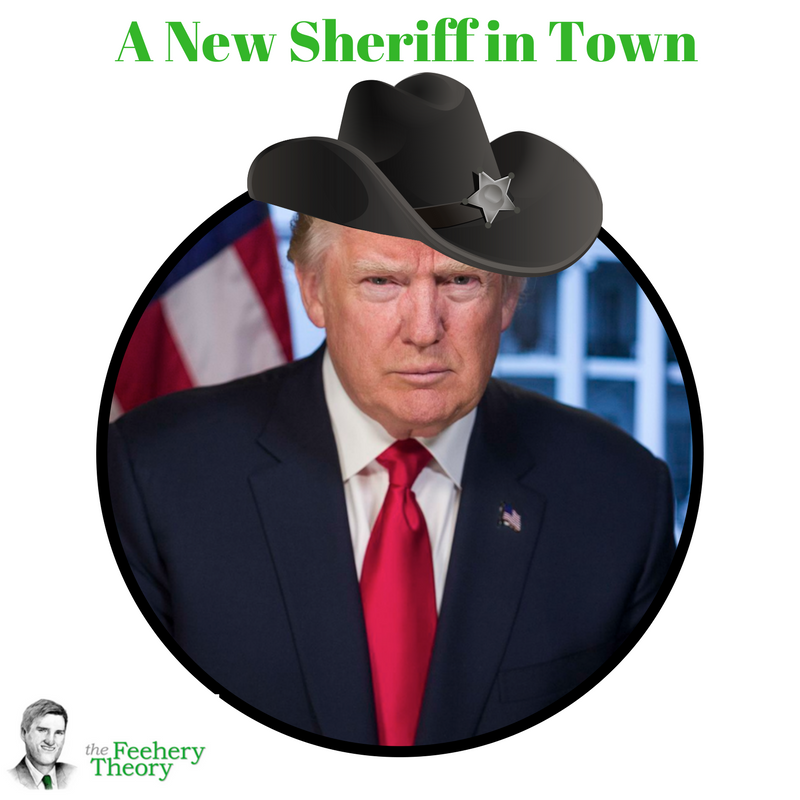 The Editor:  Is your title a little confusing, LL ?

Ambiguous Cat:   It might be.  If the Europeans keep admitting people who want to kill them, it will happen.  Before long every city in Europe will have no drive, no walk, no talk, no nothing but Muslim zones.  Maybe then we can Brexit NATO.

Congress approved the war in Iraq.  If they don’t want us killing the most wanted terrorists in the world don’t fund the war.  I bet the dead terrorist’s replacement doesn’t use a cell or smartphone.

This article is informative, if you ignore the anti Trump garbage.

If the ex comedians, movie people, crooked politicians, and rich people want to do away with coal and oil they need to replace these percentages of world energy ( and their private planes –it won’t happen ).

The billions of people starving, and drinking polluted water don’t want to wait to live a decent life.

This is a big If, by the same guy that wrote Gunga Din and The Jungle Book.  How many politicians fit this description ?

Perhaps more painful than any injury or illness is the feeling of utter hopelessness—the despair of the soul that leads one to thoughts of suicide.

Dean S. experienced this pain as he was going through a divorce at the age of 26. The thought of being apart from his two young daughters was almost more than he could bear. But on one night of stormy darkness, Dean was given renewed hope.

At the time, he was working as a derrick man on a drill rig. That night, he was having serious thoughts of taking his life as he looked down from the 128-foot derrick.

“My family and I have strong beliefs in Jesus, but it was hard not to contemplate suicide,” recalls Dean. “In the worst thunderstorm I’d ever seen, I climbed the derrick to take my position to pull pipe out of the hole we were drilling.”

His co-workers urged him not to climb the derrick, saying they’d rather have downtime than risk someone’s life. Dean ignored this and began to climb.

“Lightning flashed all around me, thunder boomed. I cried to God to take me. If I couldn’t have my family, I didn’t want to live … but I couldn’t take my own life in suicide. God spared me. I don’t know how I survived that night, but I did.

“A couple of weeks later, I bought a small Bible and traveled to the Peace River Hills, where my family has lived for so long. I sat down on top of one of the green hills and started to read. I had such a warm feeling enter into me as the sun parted through the clouds and shone on me. It was raining all around me, but I was dry and warm in my small spot on top of that hill.”

Dean says that these moments changed his life for the better. He met his new wife and fell in love. They started a family together that includes his two daughters. He says, “Thank you, Lord Jesus and the angels you sent that day to touch my soul!”