Democrat politicians and their adoring mass have little on President  Trump but their partisan hatred. Their three-year impeachment circus has done besides destroying their credibility and filling the Republican 2020 campaign coffers. If Americans would open their mind and concentrate on the President’s accomplishments it should be widely celebrated that most are saving on gasoline and taxes, wages are going up, inflation is low, the stock market is at record highs, retirement plans are growing nicely, unemployment is at a record low, the dollar is strong, American industry is returning, the military is being rejuvenated, border security is improving, long-standing trade inequities are being corrected and our free-enterprise economy is again the envy of the world.

One must also hate America if one wants this amazing progress to be reversed.

The Harvard Law Review published a radical proposal that divides Washington D.C. into 127 new states. The number of states added would easily allow the far left to have the required three-fourths of the states approval needed to ratify the Constitution through amendments and eliminate the electoral college, the First and Second Amendments, and any other changes the far-left deem necessary. This shows to what degree the far-left is willing to  go to destroy the Republic. It is insane!

“Islam is more dangerous in a man than rabies in a dog.” 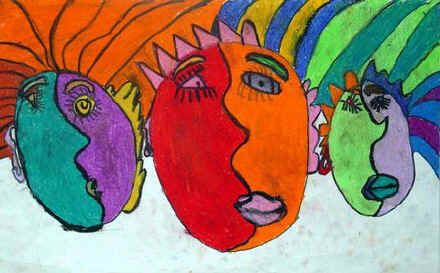 I have been following a blog named The Mad Chatter. https://themadchatterdotblog.wordpress.com/ I have really enjoyed her blog site. She is evidently a deep thinker and I believe she will spend at least a few minutes analyzing this poem by e.e. cummings. I first read this poem around 1967 in one of my brother’s college collection of books.

If this poem were tossed out into our new world of RAP with a few “F” words added, it would overtake Michael Jackson’s record with his Thriller soundtrack…..and the famous (My Favorite)  Billie Jean…..be damned!

I have never forgotten this poem. I never will. If abstract art were put into words, these would be the lyrics.

if everything happens that can’t be done
e.e. cummings

It takes a lot to shock me in the political world, but My God woman, just how many beers did you drink that night? What are you actually smoking in that tribal pipe? How long have you had Advanced Alzheimer’s? How stupid do you think the American people are?

You should crawl back into your tee pee and hide in shame until after Donald Trump’s re-election. Then as you emerge, if you see your shadow, return to your tee pee.

After opening and reading the link below your picture, I know my readers will think your feather headdress may be wrapped a little too tight.

One thing for sure, you will be more recognizable than Adam Schiff, when Jeopardy puts your picture on the screen, all the buzzers will be heard, instantly and simultaneously….points for all three. 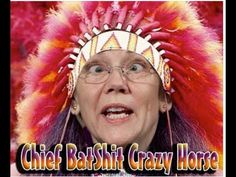 The Editor: That is a great title, LL, did you think it up ?

Gettysburg Cat: I would have, but Lincoln thought of it years ago.

Here is one person along with the other traitors that will be little noted nor long remembered.

We are in a Civil War between those who want to keep America Great and those who want to make her a dumping ground third world society. I almost forgot, they also want to overthrow the President and the people who voted for him.

These miscreants will be gone soon, and probably their family won’t even remember them. Does anyone remember any Congress members from twenty ( 20 ) years ago ?

TE: I remember Harry Reid and the Democrats changing the 60 vote rule in the Senate. Thanks Harry and you dems for our new Supremes and Federal Judges.

Tesla has some judicial problems. The fired Boeing people must have been hired by Tesla.