The CEO of PEN America asks some compelling questions about China’s influence on free expression worldwide. In a recent Foreign Policy piece, Suzanne Nossel explains how China is “flexing its powers to impose censorship, of hard and soft varieties, beyond its own borders.”

Last month, Lithuanian officials were told to stop using Chinese-made phones after discovering they were programmed to censor hundreds of words and phrases Beijing considers objectionable. News articles sent to China for translation were scrubbed of criticism. 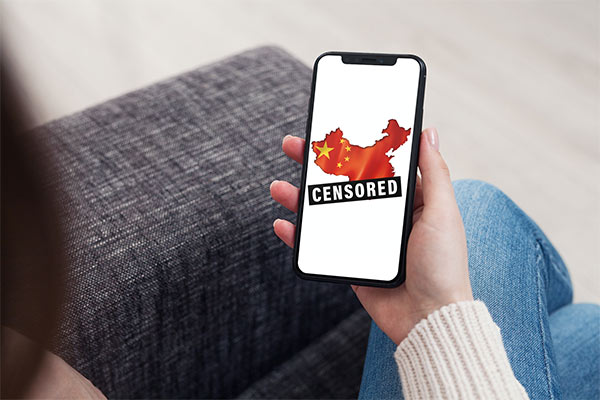 Most recently, Ma Chun-man became the second to be convicted under the new law. His crime? Chanting phrases like “Hong Kong independence, the only way out” on 20 occasions between August and November 2020.

Of coarse, you can forget America doing anything that “Ruffles The Chinese Feathers” as long as the Democrats are in bed with them. I am sure our tax money paid for the bed.

In America, China will have to get in line anyway….we already have The Gods of Censorship manipulating and deleting our thoughts and opinions.

We have Google God, Facebook Freak, Twitter Caveman and MSM. It looks like China will have to wait in line longer than it will take PINO Biden to finish a coherent sentence.